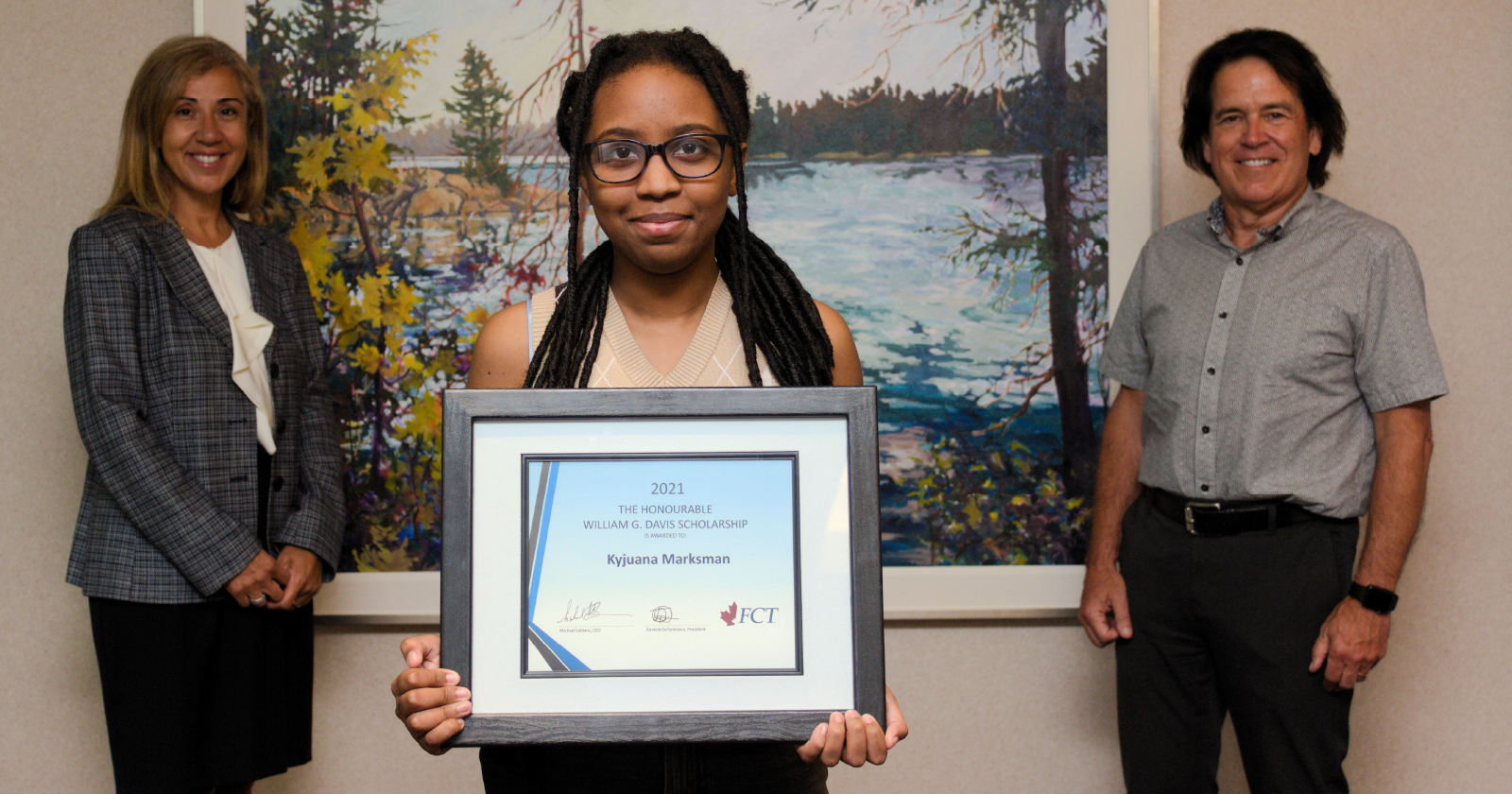 On August 25, we had the honour of awarding the 2021 William G. Davis Scholarship. Named for the late Honourable William G. Davis, a chairman of FCT’s board, former education minister and Ontario’s 18th Premier, the award has reflected his passion for education and investing in youth since its inception in 2015.

For the last three years, FCT has presented the William G. Davis Scholarship in partnership with Home Suite Hope (HSH), a charitable organization that supports single, unhoused or otherwise at-risk mothers and their families by providing them with housing, support networks, education funding and a path to self-sustainability. HSH reviewed numerous applications this year, but one stood out to them—Kyjuana Marksman.

Kyjuana has a keen interest in law, both Canadian and international, and a history of community involvement and leadership at school and in her church. For Kyjuana, the news she’d been awarded the scholarship came as a shock: “I didn’t believe it! I thought it was a scam. Then my mom told me, and I believed her.” Kyjuana’s mother, Monell came with her to the award ceremony, describing her feelings as “beyond pride.”

“I know that other people did it, the scholarship,” said Kyjuana sitting down with us and HSH before the ceremony. “So for you guys to choose me I feel special, like I deserved it, which I haven’t felt in a long time.”

Kyjuana speaks four languages including French, Spanish and Korean, in the hopes that she can eventually reach more individuals around the world. Before she starts her law journey in Western University’s political science program, she still has another year of high school ahead—a deliberate feature of the scholarship.

StatsCan data shows an exit rate from low income stacked against lone mothers. Men are more likely than women on the whole to exit low income, and to spend less time there. One third of two-parent households exited low income from 2017 to 2018, versus just a quarter of lone-parent households. Single mothers are twice as likely to be low-income than single women without children, and the effect of that prolonged poverty extends far beyond one lifetime—but so can the benefits of assisting at-risk mothers.

“Long-term welfare use tends to be generational,” Dr. Cummings explains. “If your mom was on welfare for your whole childhood there’s a high likelihood you will also be on welfare. There’s a lot of research that shows benefits if you put much more money into the single mother’s life […] we’ve estimated a social return of six dollars for every one invested. When you invest in people, you’re not just investing in that one person, but that family, and the generations that come after.”

Standing with Monell to address the attendees from FCT and HSH, Kyjuana said, “I’m so grateful for this because not everybody gets this [chance]. You believed in me, so I’m going to work so hard. I’m going to become an international lawyer.”

We can hardly wait, Kyjuana—congratulations.

Categories: Caring for the Community, FCT
Share
Previous
Next

One response to “Meet the William G. Davis Scholarship recipient for 2021” 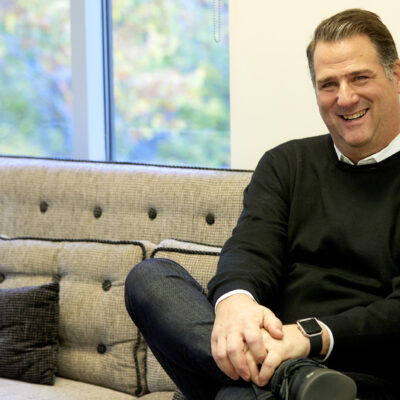