We all remember Alice in Wonderland and Alice Through the Looking-glass, correct?

What few recall, however, is that Lewis Carroll was actually by training a logician; a century before logician/computer innovator Alan Turing, now mega-famous because of the Oscar-nominated Benedict Cumberbatch film The Imitation Game, Carroll was a super smart mathematics prof at Oxford and a man with a deep love of numbers, computation and early forms of what we now know as software—and the paradox.

He would’ve loved this paradox, because it’s straight out of Wonderland: a negative mortgage interest rate. (No, this isn’t a parody news piece from The Onion—it’s true, courtesy the irrepressible Wall St blog zerohedge.com, via @andreasbay. This is 2015, people.)

Although interest rates are negative, it is not something that can be felt by customers as contributions and other costs continue to be paid. In turn, interest will be deducted from the contribution.

Precisely because this is an unusual situation, Nordea Kredit’s IT systems are not geared to the situation when the computers (are programmed) only to collect interest.

Lise Nytoft Bergmann (Nordea Kredit’s housing economist) says that there is no cause for concern, and that the new situation can be handled, “but sometimes we have to use duct tape and paste.”

The Nordea story’s best read in the context of the €7 trillion in bonds that are already in the negative, as of last June, courtesy the European Central Bank. (The idea was to force cash into the market and incite Euro-investment. Hasn’t happened yet.)

No one really knows what’s going to come of this; the jokesters want to buy cars with a negative interest car loan, but, like Lewis Carroll, the logicians in the conversation note that as long as the banks charge more than what they buy for, they’re making money. (The negative interest rate mortgages, as you’ll no doubt have noticed, are variable: as soon as rates rise, the bank’s in good shape. It’s a first-time home buyer gambit, it seems.)

Here’s the thing: European ‘shadow banking’ is slowly coming into the light. And a good thing, too, not least because the Chinese ‘shadow banking’ situation—entire cities of empty apartment towers, some of which routinely collapse for want of good design and solid workmanship—is instructive. There’s only so much money you can pour down a hole, or as one UK comedian said on the BBC, ‘throw from helicopters.’

The Danish situation—soon to be repeated across Europe, because there’s nothing to stop it—is truly ‘through the looking-glass,’ because, in this scenario, savers—who pay the bank to hold their funds via negative deposit rates—directly (inversely?) subsidize those who buy debt.  And there’s a twist Lewis Carroll would love, because the more the debt, the greater the saver-subsidized ‘profit’ for borrowers.

Meanwhile, the shadows hiding dubious investments recede elsewhere, as the Ukrainian mess means Russian offshore wealth isn’t buying condominiums in London, New York and Cyprus at anything like the gold-rush rate of the past few years even if “New York real estate is the new Swiss bank account.”

Vancouver, home to many offshore condominium absentee owners, knew this 30 years ago, when mainland Chinese flight capital began snapping up condos, later moving on to San Diego and parts south. The smiling Russian condo buyers have vanished in a matter of months since international sanctions bit, the ruble evaporated and oil prices halved—just like Alice’s eerily grinning friend, the Cheshire Cat.

Might a Danish mortgage bring them back to market? 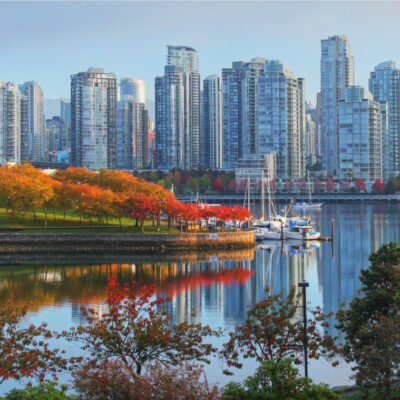 Opinion or insurance? The future of B.C.’s commercial sector

Three essential things to look for in a title insurance provider